There are hundreds of different mining hardware names out there, for all the different POW algorithms. So the first step is to know the mining algorithm and which coin is the most efficient to mine with that particular algorithm. One algorithm can be used by multiple coins but in the following example we will include only one or two coins for each algorithm: 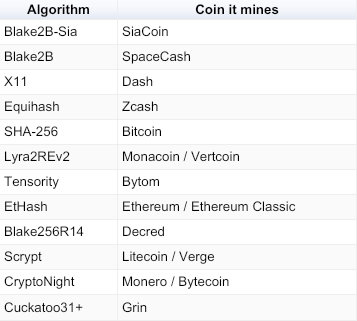 Three important factors needed to calculate the ROI are electricity prices, coin price (market conditions), and the cost of hardware. Another, lesser-known aspect to consider is the difficulty level.  For bitcoin, this difficulty will adjust every 2016 blocks based on the time it took to find the previous 2016 blocks. With a norm of one block every 10 minutes, 2016 blocks would take around two weeks to find. If the previous 2016 blocks took more than two weeks to find, the difficulty is reduced. If they took less than two weeks, the difficulty is increased and profitability changes as well. If more people are mining, the difficulty will increase. The adjustment in the difficulty level is very important because regardless of how much mining power is used, the block generation time is kept at 10 minutes, so no one can get more rewards than the fixed bitcoins for block generation.

Now to dive into more detail about different mining hardware, ROI levels related to electricity costs will be investigated. The following graphic illustrates ROI at an electricity price of around 5 Cents/kWh and using a market average cost for the hardware. The market conditions and hardware prices change constantly, so the data for this graphic is from April 2019. 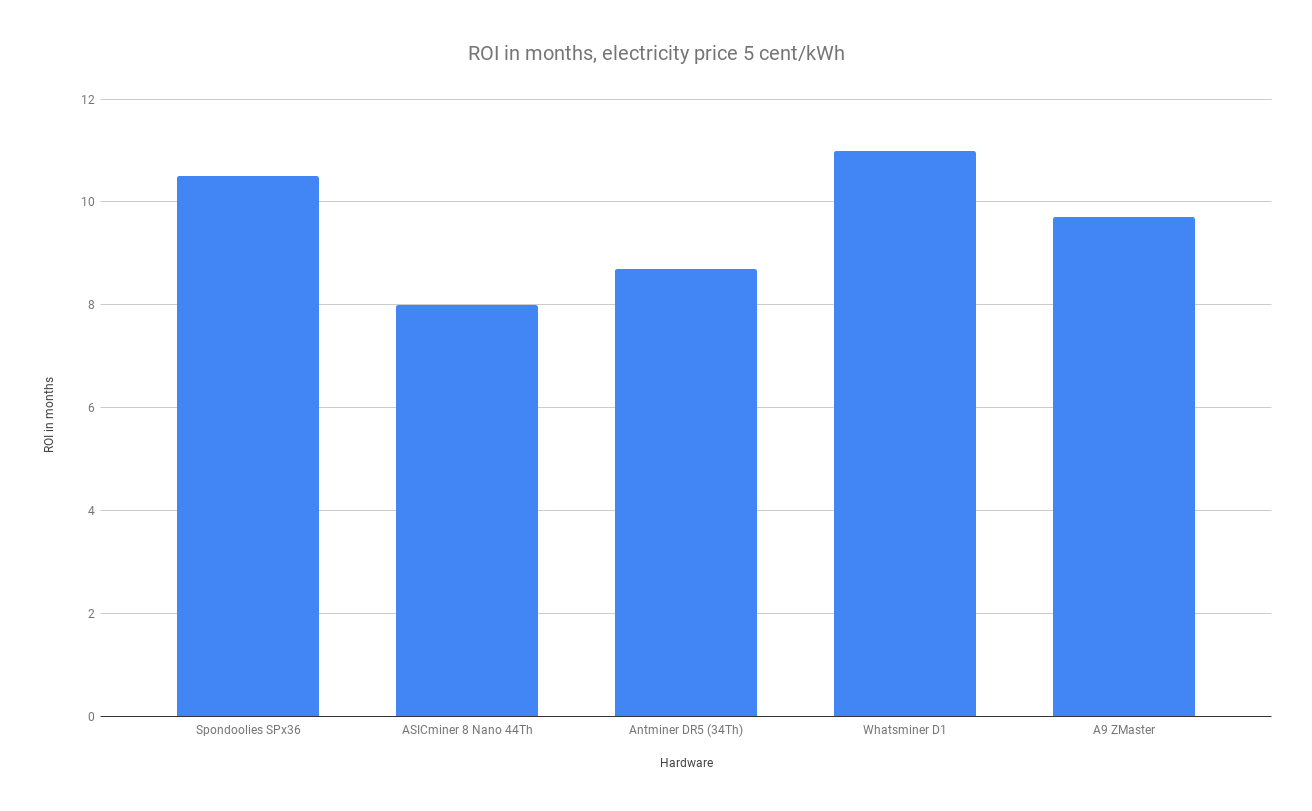 The mining hardware in the above graphic has an ROI between 8 to 12 months. Other factors like durability are also important and need to be taken into account. Usually, there is no official expiration date on the hardware but depending on how much it’s used, the lifespan is around 2-3 years after which it’s likely no longer profitable and/or a newer version is available on the market.

One of the most important variables in calculating the ROI apart from initial hardware cost is the variable electricity cost. The efficiency and power consumption of machines is a big factor that also has to be taken into account in addition to the electricity price itself. The following graphics will show how the ROI changes for electricity prices of 10 Cents/kWh, 15 Cents/kWh and 20 Cents/kWh. 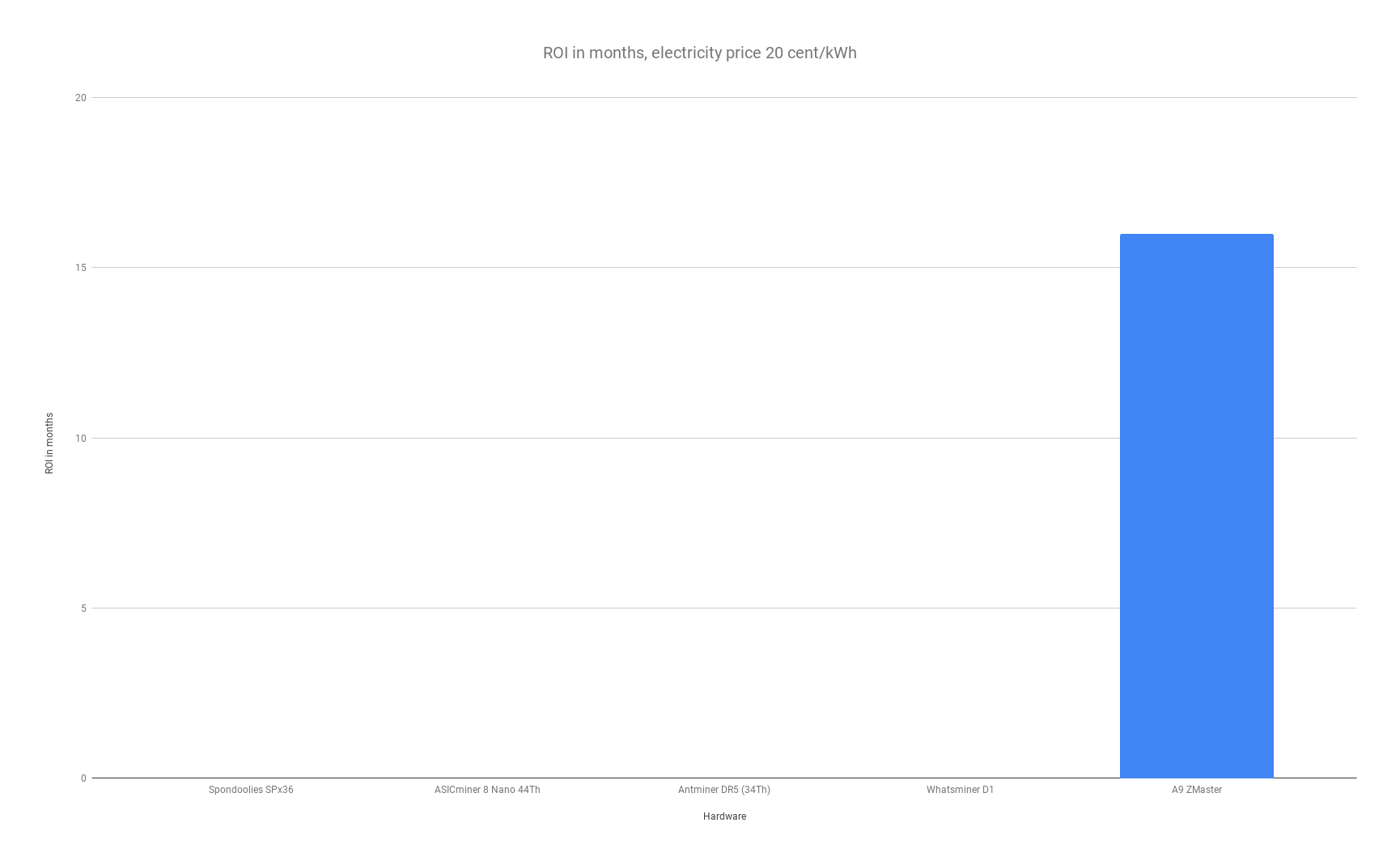 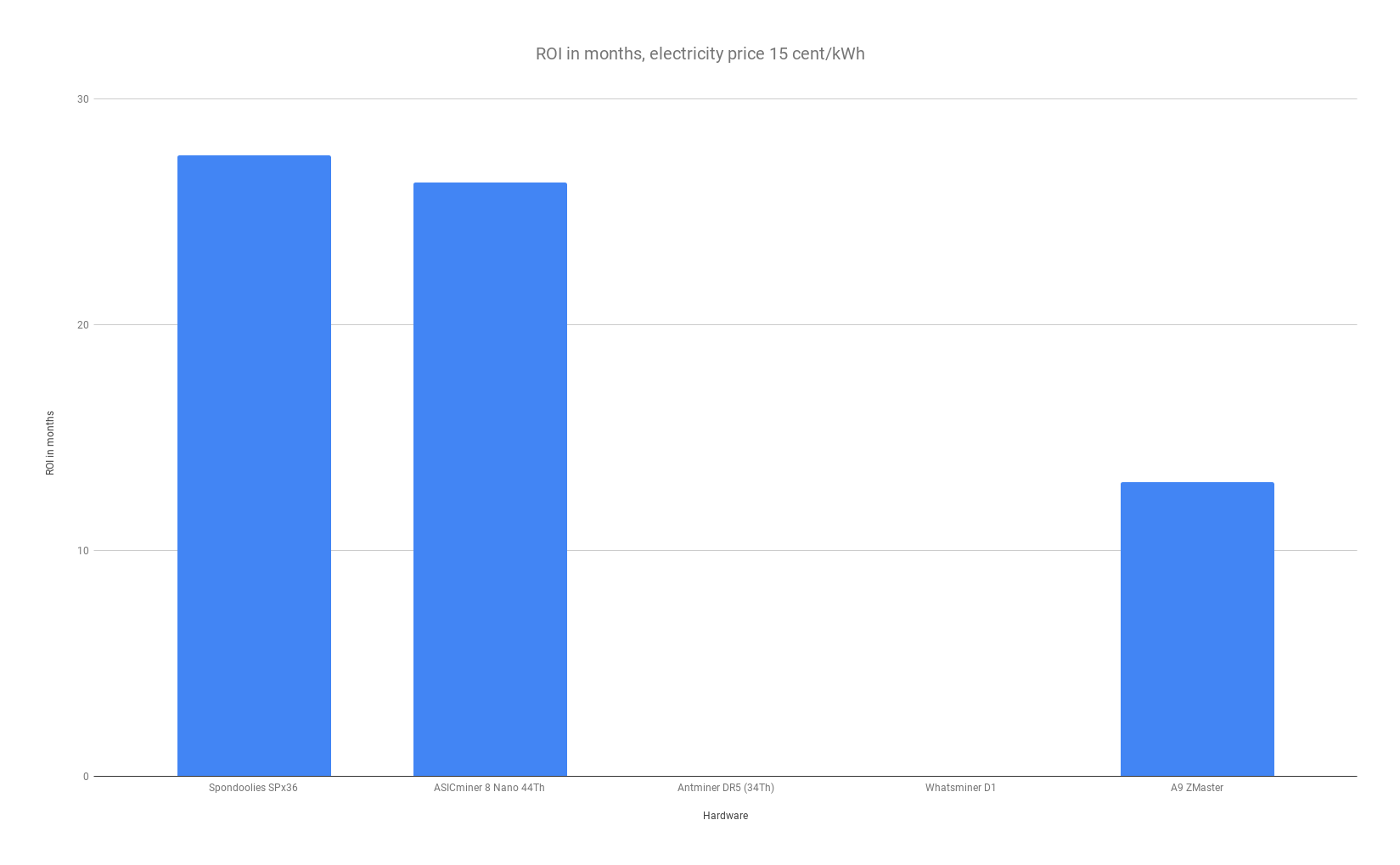 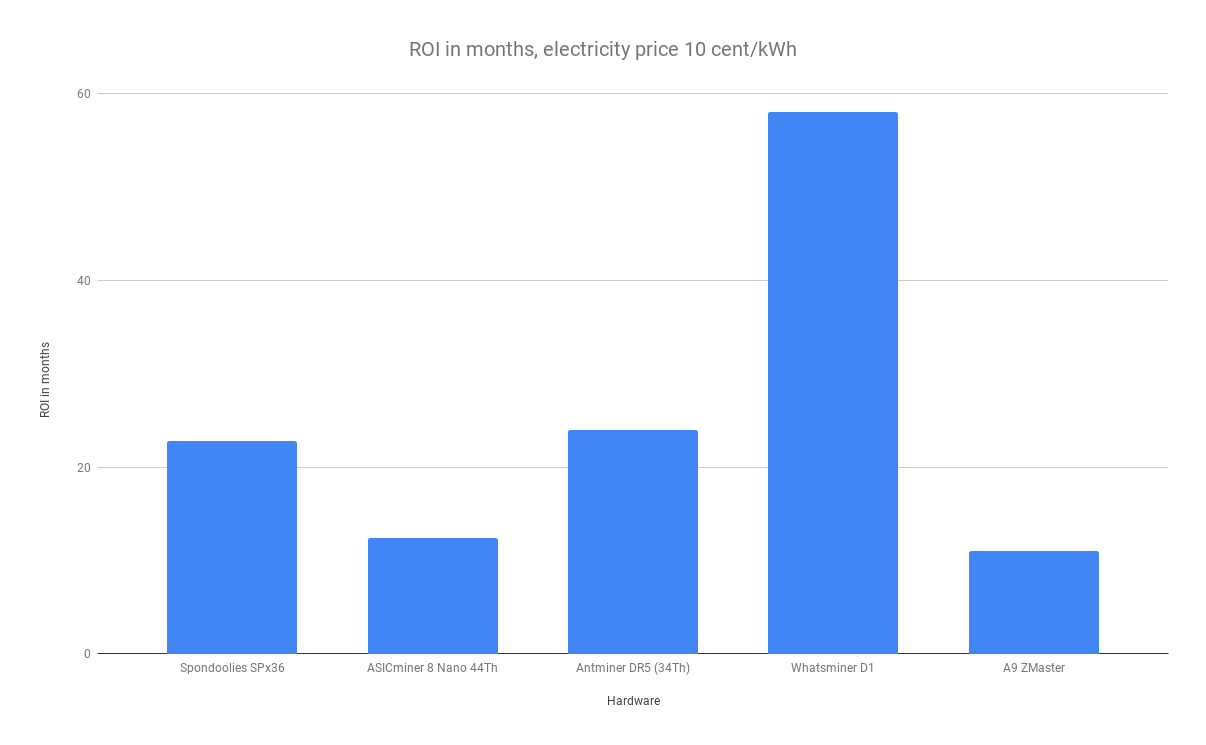 It’s clear that lower electricity prices are more profitable. There is always new hardware coming into the market, so it is important to use hardware with the shortest ROI possible.

Currently, Elite Mining is running a lot of A9 Zmaster’s to mine ZEN and ZEC. These have been running for several months very profitably. This means that the breakeven point for the initial hardware cost is close. Meanwhile, the R&D team is looking at the most profitable mining hardware to stay ahead of the curve. We will be applying our findings when our Series A investment round is concluded successfully.