Comparison of the electricity prices within the US

In the previous article,  we covered the data on global electricity prices. This article will mainly focus on the electricity price differences within the USA.
Dated December 2018, released February 2019: https://www.eia.gov/electricity/monthly/archive/february2019.pdf, table 5.6.A
Elite Mining Inc is based in Washington state — it is, therefore, important to take a closer look within the USA. 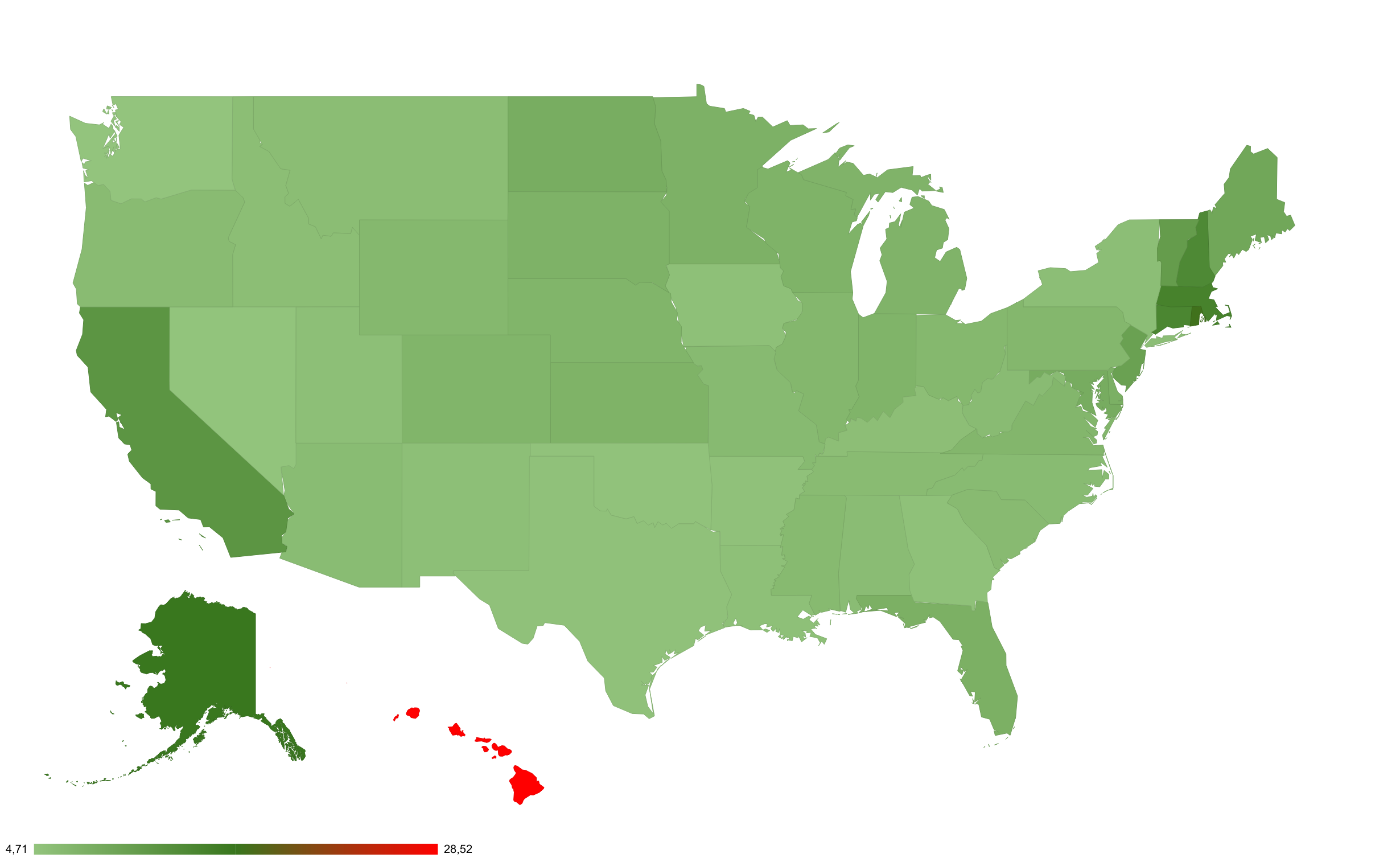 The highest electricity price is in the state of Hawaii at 28.52 Cents per kW/h. Isolated by the Pacific Ocean, Hawaii is the most petroleum-dependent state in the U.S. Dependence on petroleum, and isolated island grids contribute to the high electricity prices. That’s why Hawaii was the first state to set a deadline for producing 100% of its electricity from renewable sources. 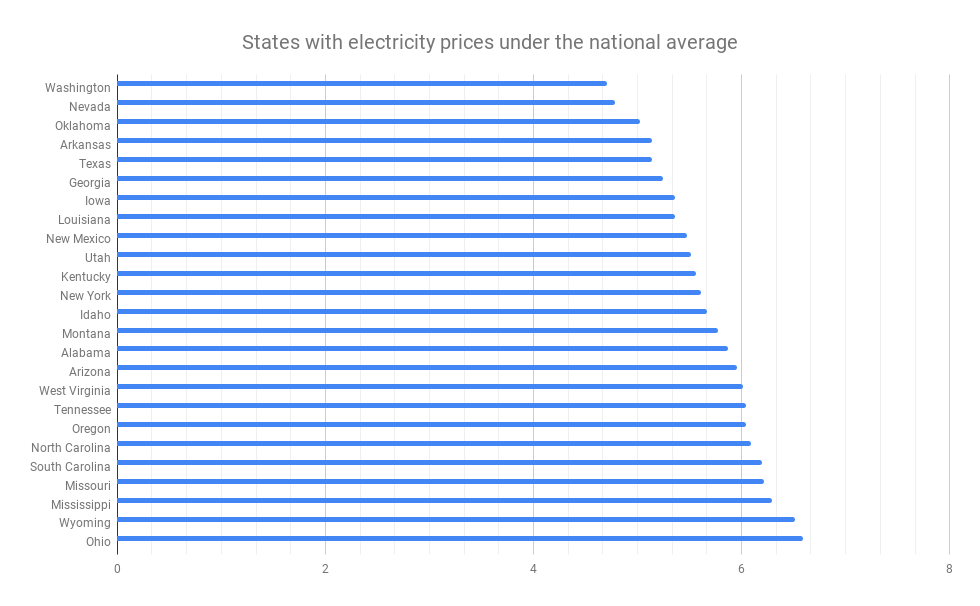 Elite Mining Inc based in Washington state, has a “base” electricity price of $0.038, but the “out the door” cost (including all other costs associated with receiving the electricity) brings the price currently around $0.052. This is based on negotiations with the PUD, meaning that better rates can be established at higher usage. Also, we are planning to lower this price by investing in solar panels and other sources of renewable energy.

Washington state is the top U.S. producer of hydroelectric power and routinely contributes nearly one-third of the nation’s total net hydroelectric generation. State-level policies, such as renewable portfolio standards, which require a certain share of electricity to come from renewable sources, have increasing targets over time, which has led to continued cost declines. Elite Mining Inc is not indifferent to the ONU appeal to save the planet. This is why we are aiming at 99% of clean energy, which makes the source of our electricity very important.

Currently, we are using around 94% clean electricity (mostly Hydroelectric). The Washington State policy will help us achieve this goal faster, thanks to the “100% Clean Energy bill”
https://washingtonstatewire.com/gov-inslees-climate-action-priorities-in-2019/